Before I went the distance and made the move to Florida in 2012 (after doing the DCP in Fall 2010 and realizing that Orlando was where I’m meant to be), I remember coming to Walt Disney World on vacations and spending every possible second in the Parks. I’m talking about rope drop to nighttime spectacular days, every. single. day. It was absolutely exhausting, but hey, this was always my favorite place in the world, I wasn’t going to waste a magical moment being anywhere else while I had the chance. But after living here for the past 6 years, let me tell you darling, full park days are really a nightmare dressed like a daydream. 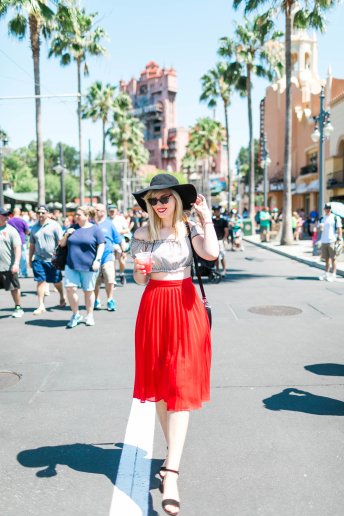 The life of a Central Florida local and WDW Annual Passholder has meant, for me, visiting the Parks several times a week, but never more than a few hours. At this point, after having theme parks basically in my front yard, I’ve done everything there is to have done and seen everything there is to see. I don’t go to the Parks needing to refill on pixie dust and magic, I got for the atmosphere, for the company of my friends, for a walk, because being there makes me happy, not because I have a burning desire to ride every attraction or see every show. Chances are I did that last week. Its a different relationship that I have with the WDW Resort now, its an every day life that I know I’m lucky to be able to lead, and one that I worked hard to get to and work hard every day to maintain (that AP is NOT cheap lol).

At the beginning of this week, I had one of these days that was short on time (but not on fun), with one of my best friends, Faison. We spent about 2 1/2 hours in Disney’s Hollywood Studios, full of laughs, photos, and a couple firsts for me (okay, I guess I lied earlier when I said I’d done everything there was to do.) 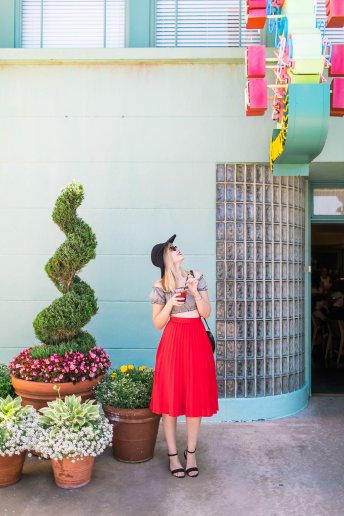 Our first stop, at 11:15 AM, was the Tune In Lounge, the bar inside 50’s Prime Time Cafe (don’t judge us. Or do, I don’t care, we had fun.) This is one of my favorite bars on property, not only for its selection of drinks and ample seating, but because it’s one of the best themed bars, with multiple TVs playing black and white clips from 50’s era shows. Faison and I chose to try Grandma’s Picnic Punch, which I think had some kind of juice in it accompanied with the liquor, because come on, its 11:15 AM, we’re not entirely uncouth, and juice means its breakfast, right? In any case, it was good, 10/10 would recommend. 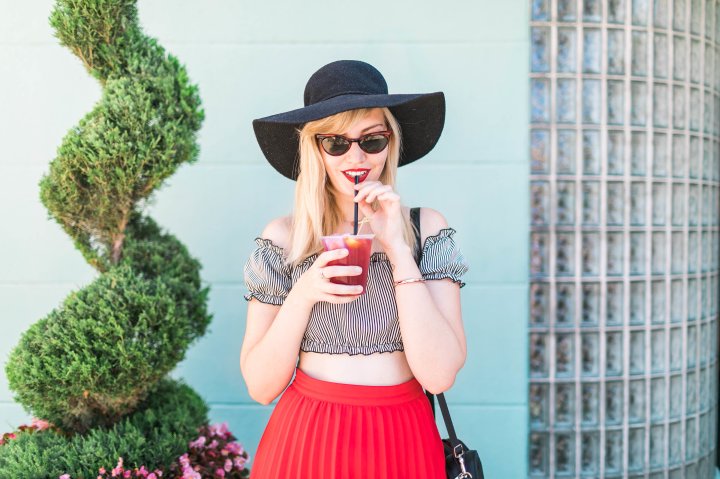 Over our drinks, I told Faison I had never seen the March of the First Order, where Captain Phasma leads her Stormtroopers on a patrol down Hollywood Boulevard, or met Kylo Ren, aka Ben Solo, aka one of my biggest crushes. I consider myself a pretty committed Star Wars fan, so this was surprising news to her. Now, watching the First Order march I really had no excuse for other than the fact that I felt like I had really gotten as much as I could from that experience just seeing it in passing as I walked to my Tower of Terror fastpass, but Kylo Ren I had specifically avoided because the idea of meeting him made me literally weak. Faison found great joy in this information and the next thing I knew we were waiting in line and I was losing feeling in my fingertips because suddenly I was 14 years old waiting to see my high school crush in the hallway. Except I’m 27, my crush is the Supreme Leader of the First Order, and the hallway is… wait, where exactly is his meet and greet supposed to be taking place? His ship? Starkiller base? I don’t know if the theming is too ambiguous or if I was just too nervous to notice, but anyway we were in the Star Wars Launch Bay and the point is I was blushing harder than Rey did when Ben Solo showed up for their Force connection date without his shirt on (side note, where do I sign the petition to make THAT his meet and greet??) 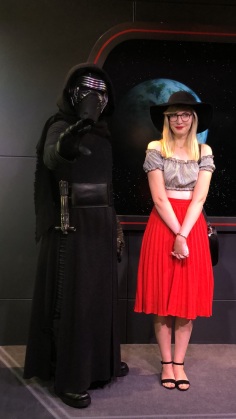 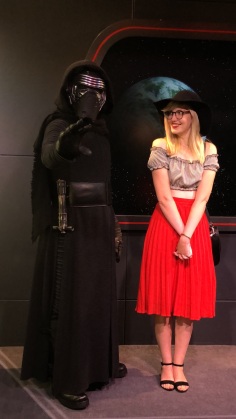 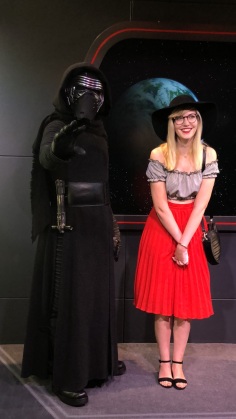 I was the furthest I think I’ve ever been from cool, could not stop smiling and/or giggling, I don’t even know, and then I asked him to come home with me. Casual. (He said no, and what I should have done after that is extended my hand and said, “please” because HOW COOL WOULD THAT HAVE BEEN but instead I said “fine” and left because my knees were weak.)

Sigh. I just got embarrassed again having to relive that experience to write about it for all of you. I hope you enjoyed my story of suffering. I promise sometimes I’m cool. 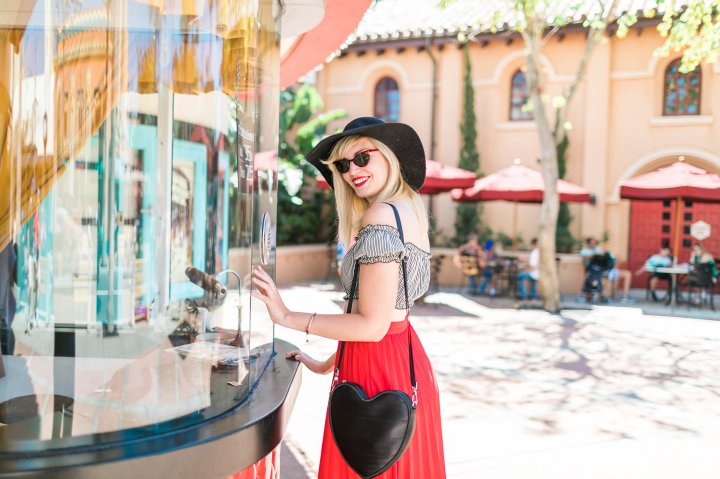 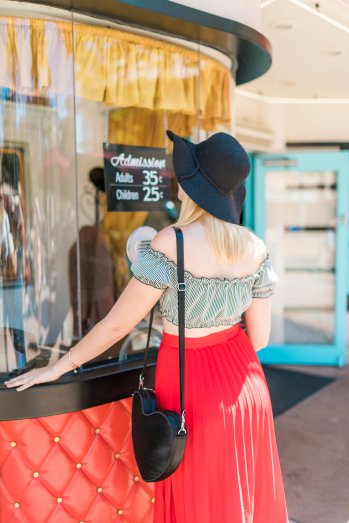 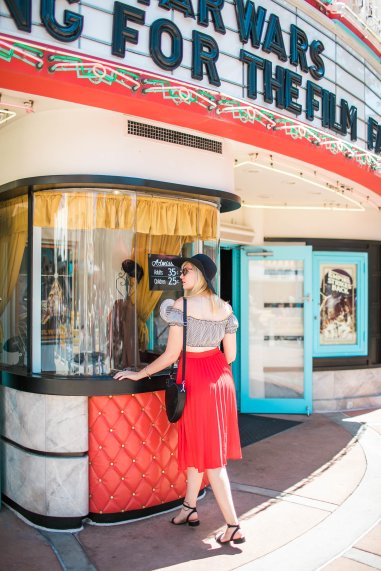 So yeah, we packed a lot of experiences, a lot of fun, and a lot of feelings into 2 1/2 hours in the morning of a Park day. I made it home in time to come back to real life and make my own lunch (because park food is $$$) and do a load of laundry. I love having the freedom for quick trips like this. Not having the pressure to check everything listed on the park map off in a single day leads to having moments and making memories like this, and that makes me truly grateful to live where I do.

Thanks for following along!

One thought on “Park Days as a Passholder” 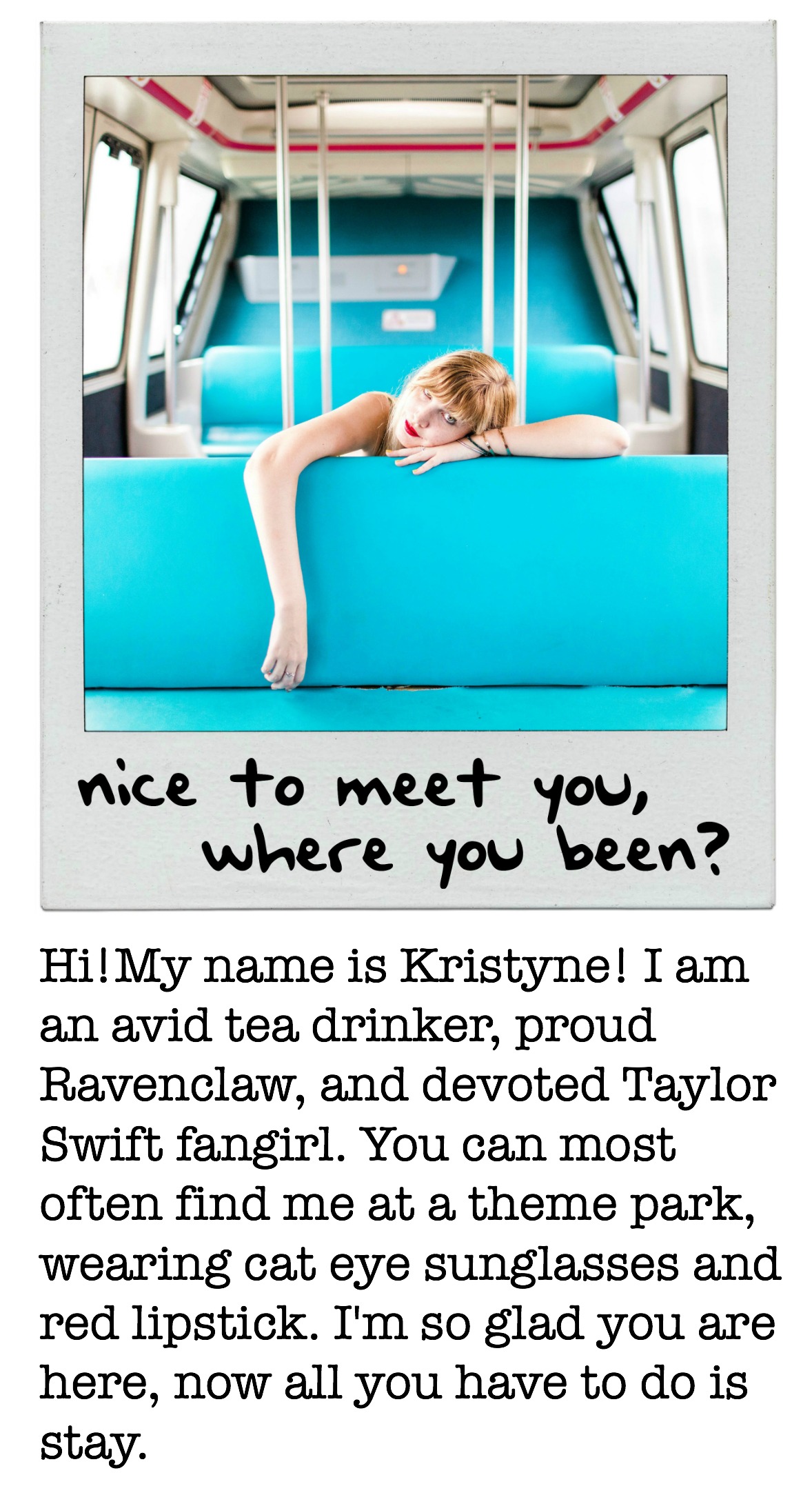