I said remember this moment, in the back of my mind…

On August 14th of the year 2018, I was in the same room as Taylor Alison Swift, and it was the best night of my life.

I still can’t believe this show happened and I was there. Seeing Taylor live has been a goal and a dream of mine for so long. I’ve regretted missing the 1989 World Tour every single day, and I literally SOBBED when I watched the tour movie of it, imagining how incredible it must have felt to have been there.

Since the tour was announced, I was stalking instagram for sneak peeks of Taylor’s costumes, the sets, and what songs she played. After every show, I went down a rabbit role of Tswift content to see what surprise song she played, or what she chose to share with the crowd in one of her speech breaks in between her songs that night.

At the Tampa show that I attended, it was the one year anniversary of winning her sexual assault case. She talked to the crowd about what that moment meant to her, her voice breaking as she spoke publicly about what happened for the first time, and in the row in front of me, I watched a girl who couldn’t have been older that 10 listen to Taylor Swift speak out about this, and it really struck me then about the power of Taylor Swift. I am so proud to call myself a fan of such a brave, strong woman, speaking out and standing up for herself, trying to pave the way for other women to be able to do the same.

Attending the reputation Stadium Tour was never a guarantee for me. Tickets for seats with any kind of a decent view were $$$, and I wasn’t sure if anyone would be willing to go with me. But, not only did Chelsea and Faison want to go and experience the show of a lifetime with me, Faison bought me my ticket as an early birthday present to make sure I had a good seat! She is 100% the reason that I got to be in that stadium that night, and I am still in awe that I have someone like her in my life. She supports me and my dreams with no hesitations (she took all of these pictures and videos, as well as all of the photos in my Taylor x Disney polaroid post) and I am truly lucky to have her.

This show really was so amazing. Faison, Chelsea, and most importantly Taylor Swift, I had the time of my life with you. 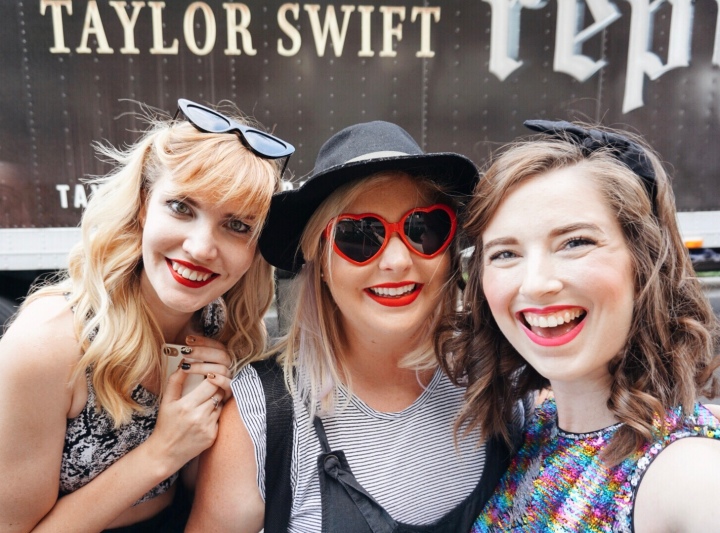